So I’m running a marathon…

Many of you may have already heard, but this is how the story went…

That moment happened.  You know… that one when you say you don’t want something, but after watching the excitement of others doing it, you think, I want that excitement too!  Yes, back at the end of March, I filled in those little registration details and clicked my request to enter the lottery for the Marine Corp Marathon. Yes… MARATHON.  And without Conrad understanding what he’d agreed to… I completed it for him as well.

I had been inspired by friends that had just completed their first marathon like Deanne, and friends who were signing up for their first races since injury like Julie.  I mean, their stories and excitement made me desire that next step, making me realize I may be able to do this.

A lot of people joke about me being a ‘marathoner’ but, I’ve never completed more than a half. I’m not ashamed to correct them.

So we waited the week out to see if we made the lottery.  Thinking of the ideas and what plan we would have if one of us got in and the other didn’t.  The chances aren’t that high.

And to make this more understandable, you don’t have to be a runner at all to get into this.  They don’t ask you about your race history, or your paces.  They just want your name and email.  This isn’t like running Boston where you need a specific time.  Getting into the #MCM does not mean I’m fast.

So, back to the story, we sat there waiting.

The day the results came out, the website said that they would let runners know by noon.  Well, by 9am, there were posts on facebook that people got in.  We pulled our plan together a little stronger- what happens if neither of us get in?  Do we join a lottery, or do we just say ‘it’s not in Gods plan’ … that crazy plan?  Joining a charity was an option too.  I’ve done that before.

However, right around noon, I got a gmail.  My phone notifies me of gmail as quickly as it does text messages.  It has its own audible sound.  So as I checked right away I was shocked to learn that we had the link to sign up for the race!  I checked with Conrad and he did too! 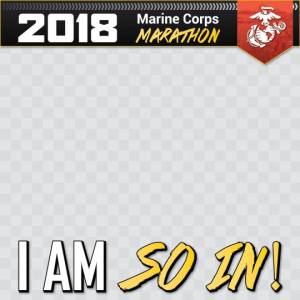 At that point, I knew I had some time before ‘official training’ started.  I actually had 2 half marathons scheduled in May before the ‘training’ even started.

So, I designated the week… right at 20 weeks out from race day to be my official start week.  The mileage wasn’t too high at that point, but the official start of no breaks.

Training plan: I chose a plan that I felt would work.  Although its my first marathon, and I don’t want to fail; I also want to avoid injury and not get so burnt out that I quit training altogether.  My busy season with work is in the fall.  So I know scheduling will be hard.

So no rest at the beach, needing to get 5 miles in.  No sleeping in after a long day at work, must get my 7 miles in.  I’m seriously afraid of what happens when I get to the end of August and I start running longer than I ever have for training runs…

But one thing I know, is that I will be so proud of myself when its over.

And I did choose to sign up to raise $ for a charity- Seymour Pink is a breast cancer non-profit that supports women with breast cancer as well as research funding.  If you want to donate, here’s my donation link… https://runsignup.com/runwithboys

And I know that through the race training over the years, some of my best friends have come from running partners, and if that’s how I’m getting my quality girl time in, then so be-it. 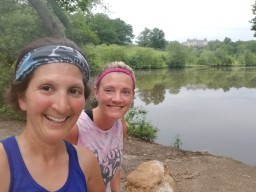 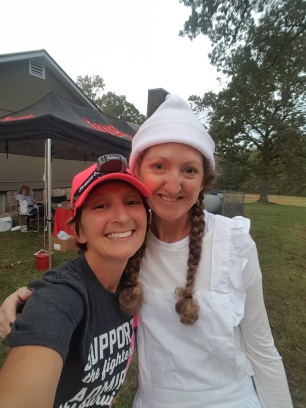 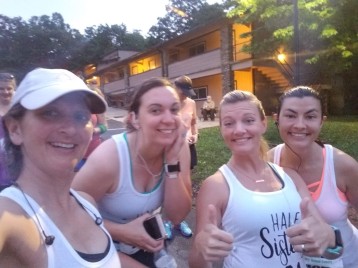 And my other best friends are cheering me on from their couches :). You know who you are!